Blog: Running Through My Mind
At the beginning of July I attended a 2 day wedding photography workshop in the beautiful surroundings of Lacock.
Previous
Next

22/07/2014
At the beginning of July I attended a 2 day wedding photography workshop in the beautiful surroundings of Lacock.

I have been looking for a wedding photography course for some time, being curious to find out what is really involved, but had failed to find one I wished to attend. Some I found were too expensive for someone just satisfying their curiosity. Others were reasonable, but when I looked at the photographs taken by the trainers, they weren't to my taste, or the style of photography that grabs me. To be perfectly honest, some of the photographers' work was downright awful (in my opinion)!

Finally, however, I stumbled across a reasonable course through the Royal Photographic Society website, with established wedding photographer Terry Hewlett and, having confirmed I could get a few days off work and make a mini-break of it, I booked myself a place.

And I am very pleased I did.

Lacock, if anyone is unfamiliar with it, is a beautiful village in Wiltshire, largely owned by the National Trust and made of Cotswold type stone with a fantastic Abbey. The TV series Cranford is shot here, as were scenes from Harry Potter (I believe the Cloisters in Lacock Abbey doubled up as Hogwarts Academy). I stayed in the Old Rectory, now a bed and breakfast, which was a beautiful period home, even if I was informed on my arrival that it may be haunted! Our course was run from a central point in the village, in the Manger Barn, with ample parking opposite.

I was a little nervous before the course; I wasn't entirely sure what to expect, whether my camera skills would be up to scratch and my flash gun, which was an essential bit of kit for the course, decided not to work when I tested it in the B&B the night before.

Terry was a very engaging speaker and an enthusiastic teacher, more than happy to impart his extensive experience and knowledge whilst answering even the silliest questions we could come up with!

We started the course with Terry explaining how the course would run, with a mixture of theory and practical sessions over the next 2 days and, before long, our 'bride' for the day, Sarah arrived.

Our first practical session was a quick run-through of the basics of using on camera flash. Terry explained that we would be using a remote trigger later on, but sometimes there are problems with these. He told us he blames the ghost of William Fox-Talbot, the inventor of the photograph negative, taking umbrage at our use of digital media. Curiously, my previously malfunctioning flash gun decided to worked perfectly, leading me to wonder whether Fox-Talbot ever had cause to stay in the Rectory...

We then went outside with the model to take some posed shots of the bride, where we took turns to use the remote trigger with Terry's lighting kit and introducing the use of a reflector. 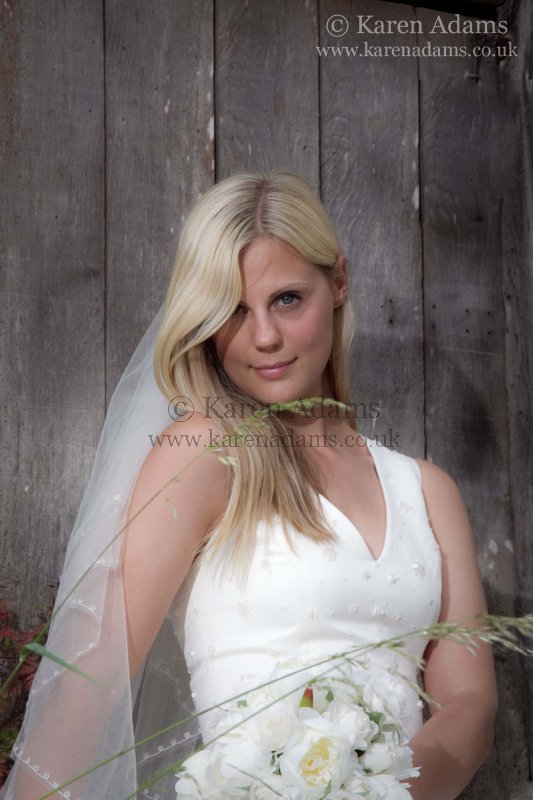 On the second day, we were joined by both Sarah and Mark, our 'groom' for the day. We walked down to a bridge over the river to take some shots of them together. The location was photogenic, but had a number of issues to overcome, such as a bin and a no-cycling road sign, which challenged us to think carefully about positioning and angles of both ourselves and the bride and groom. Not to mention the challenge of not falling over in the river, which we were able to stand in wearing our wellies to get the best vantage point. I am glad to say no-one fell over, although one chap`s flash gun will require a week in an airing cupboard in a bag of rice if it is to have any chance of survival after a thorough dunking! This photo was taken just at the moment the flash gun was dropped and you can clearly see Sarah's shocked expression and Mark's amusement! 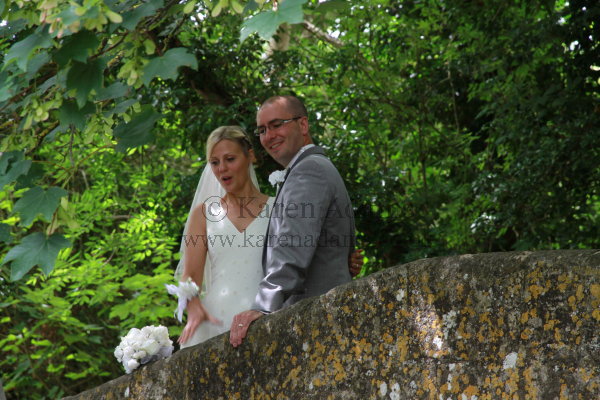 The afternoon session concentrated on the signature type shots you might take of a bride and groom, looking at different lighting techniques for dramatic effect. We went into the Tithe Barn for this, which initially seems too dark (not to mention dusty) to achieve anything of note. However, with just two lights and a honeycomb, we were able to achieve this moody, artistic shot. 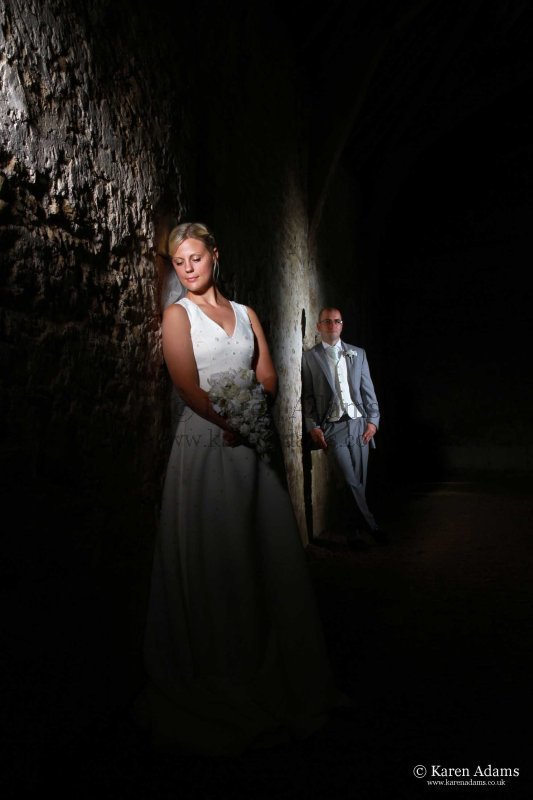 Terry rounded up the course by providing a very comprehensive overview of the whole process of photographing a wedding, from tendering for work, to preparation, to the timings on the day, to the do's and don’ts of wedding photography etiquette, to backing up and archiving and creation of the wedding album itself.

I came away from the course with a much better knowledge of flash techniques, an enthusiasm to try the techniques and ideas covered by Terry and increased confidence in my ability.

All in all, I would thoroughly recommend the course and in particular Terry Hewlett as a trainer.

Perhaps I am no longer the (not so) reluctant wedding photographer any more... 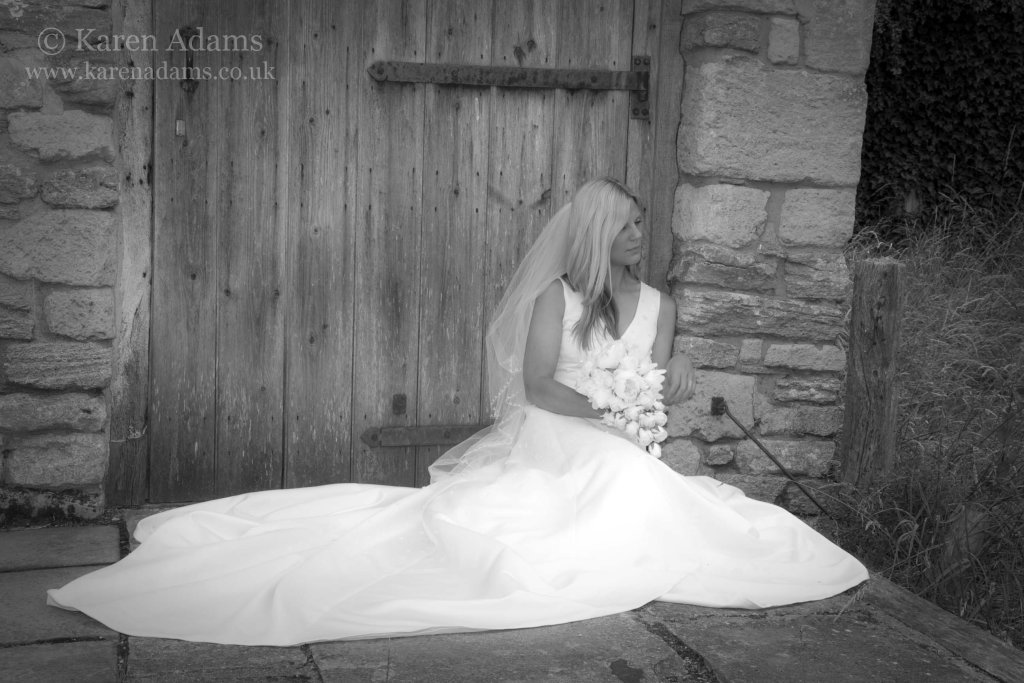