Blog: Running Through My Mind
I have been one of those fortunate runners, who has had very few, if any, setbacks with their running.
Previous
Next

26/07/2014
I have been one of those fortunate runners, who has had very few, if any, setbacks with their running.

I generally don't suffer from niggles; or worse. I don't struggle to find my mojo. I love running in general. You know, one of those annoying runners who constantly tweets smiley pictures of themselves on a beautiful trail somewhere?

Everything was going smoothly and I was increasing mileage gradually, whilst also setting some personal best times at the local parkrun. I was doing everything right; monitoring my heart rate for signs of over-training, running up (and down) hills, eating well, hydrating, alternating tempo runs with fartleks and long slow runs. I was feeling good, running strong.

Then it all went a bit…well….wrong.

It started with an evening run on one of my usual road routes, which I had to cut short just 2.5km from home. There is a saying "shit happens". Well, for runners, this is literally true sometimes. And when it does, you will find yourself doing what I can only describe as the 'penguin shuffle' in a desperate attempt to get home as quickly as possible without actually running. Sorry, too much information perhaps, but if you are a runner, you had better come to terms with it. It may not have happened to you, but trust me, at some point it will and you can only hope you are not too far from home when it does.

It was followed up with a rude awakening a day or two later, at 5.30am. I went from fast asleep, presumably dreaming of trails, to wide awake in screaming agony in a nano-second. You can probably guess what might cause this: cramp. Not just any cramp, the worst imaginable, horrendously bad calf muscle cramp. A minute or two of hopping around the bedroom, using a few words I won't repeat here, and the calf finally released, leaving me crippled and unable to walk. After a very hot shower, with the spray directed at the offending calf for 10 minutes, I was able to sort of walk, sort of hop, around, which was the best I was able to achieve for the rest of the day.

The following night was not the best, with me worrying that if I fell asleep too deeply, I might stretch my legs out in the night (I have a tendency to stretch and point my toes, usually just before I wake up), which would be almost guaranteed to trigger another cramp. So you can add a bit of over-tiredness into the mix at this point.

As if all this wasn't enough, my hypoglycemia decided to rear its ugly head and give me a reminder that it’s still here. Hours, in fact days, of fun ensued, with the joy of hot sweats, palpitations and light-headedness, combined with a terrible, seemingly unquenchable, thirst. This left me with a dilemma: try to eat more salt in case the cramp is due to low electrolyte levels and make myself more thirsty, or just increase my fluids and risk more night cramp? I decided I would simply increase both my salt intake and my water intake and try to attack the problems all at once.

So, it was with some trepidation I set off to my usual Saturday parkrun that week, chest feeling tight but no actual palpitations, only to find during the warm up that my right ankle felt weak and then a little painful to run on - a niggle I had no knowledge or previous experience of.

Not one to give up easily, I still ran, but needless to say, it wasn't my finest (half) hour. I was rewarded for my efforts with minor cramp in my thighs and calves immediately after the run, and muscle soreness for the rest of the day.

As you can no doubt imagine, by this point I was suffering a crisis of confidence and questioning why I even bother with this running malarkey. Perhaps I am just not cut out for it? I started going through all the possibilities of what could be going wrong. I had suggestions from twitter and other runners, friends and family. I was asked whether I could be overtraining. I was told I should listen to my body and maybe it was telling me it needed a rest. I was informed that the heat and humidity were probably huge factors

But then someone said something which put things in a whole different perspective. He said:

"You are dealing with all that and STILL keep running and that's why you ARE meant to run".

So rather than thinking of these niggles as reasons not to run, I see them as new challenges to overcome on the road to becoming a better runner. If I can run with hypoglycemia, then of course I can get over a little bit of cramp, tiredness and muscle soreness. I run for the challenge, as well as the sheer joy of it, after all.

I think, for a moment there, I forgot my own mantra, that it is all just mind over matter. 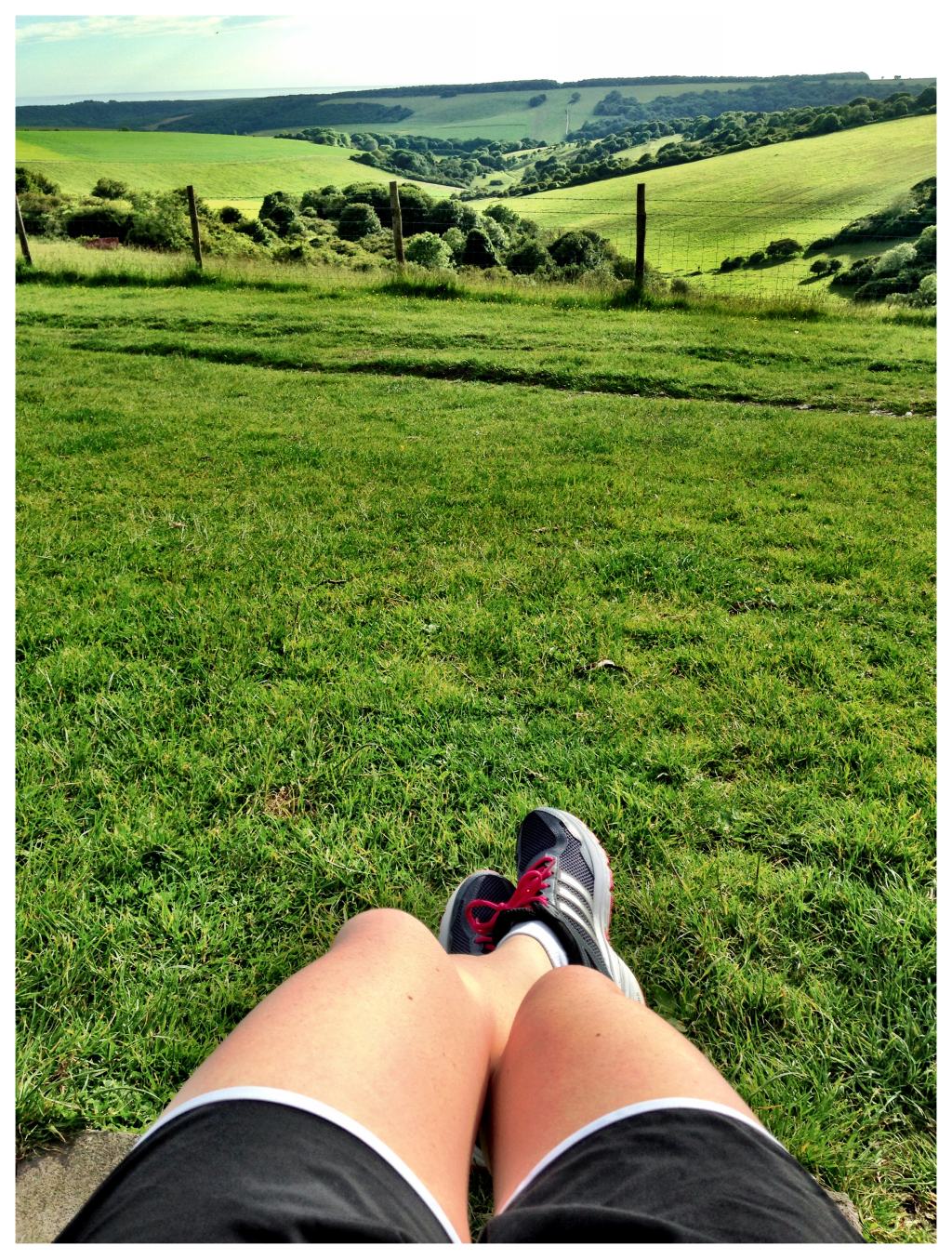