Blog: Running Through My Mind
I hated sport in school. There is no other way to describe how I felt: I Hated it, with a capital ‘H’ (not to mention with a passion).
Previous
Next

This may come as a surprise to anyone who knows how much I love running.

I realised the other day, whilst day-dreaming on a long, slow run (and accidentally, and rather aptly, getting lost on a golf course I didn’t mean to run across in the first place) that I cannot remember the name of a single PE teacher from my school days. Not just their names either, I have no recollection of what any of them looked or sounded like either.

Of course, I can imagine what they sounded like; barking things such as “run faster” (100m sprint), or “tackle her” (hockey), or “stop stepping out of the way when the ball comes towards you” (netball).

It is not indicative of my state of mind though, as I remember my other teachers, some quite clearly; Mr Bedwell my lovely English Literature teacher for example, or Mr James who somehow made history lessons interesting, or Mr Chant the art teacher and Mr Monk the typing teacher, both of whom scared me half to death, one because he had a weird sense of humour and the other because he was so strict, Mrs Foster who taught textiles, Mrs Galley the French teacher with the nicotine stained nails, Mrs Wigglesworth who was a lovely person with a brilliant name, the list could go on. So, I can only conclude it is a sport-specific issue.

My hatred of sport in school started early, turning me against my first sporting love; swimming. I learned to swim from a very young age, thanks in no small part to my mother having access to the open air swimming pool at the hospital where she worked. My mum worked as a district nurse for most of my childhood, which meant she was around during the day, so during school holidays, as soon as the weather was warm enough (and sometimes even if it wasn’t), we spent virtually every day in that pool.

Things all changed when I went to a junior school with its own indoor pool.

The changing rooms were a nightmare, the pool was so over-chlorinated you came out looking like you had undergone a chemical skin peel, it was excessively noisy with kids screaming and running and dive-bombing each other and the teacher (of whom I have no recollection – perhaps there wasn’t one, which is why it was all so out of control?!) seemed content to let the children drown each other.

Needless to say, I did everything I could to get out of swimming lessons. I even braved the ‘I forgot my swimming costume’ excuse a few times – this was an act of bravery, as it was likely to result in you being sent to the teacher in charge of lost property, who would sift through a cupboard full of musty, disgusting clothes in search of a (worn but unwashed) swimming costume for you to borrow. I once suffered this fate, but somehow, after “forgetting” my own swimming costume that morning, I somehow also completely “forgot” to take myself back to the pool with my borrowed costume until approximately 5 minutes before the end of the swimming lesson.

Luckily for me, the high concentration of chlorine in the water was blamed for the headaches and blurred vision I was getting after swimming lessons and I earned myself an exemption from all swimming lessons henceforth. Sadly, this also signalled the end of my love of swimming, which I now enjoy only infrequently.

My hatred of sport in school, however, was in no way limited to swimming. Unable to come up with a similar excuse to get out of other sports, I was forced to endure hours of torture on track or field or in the school gym. I was (still am, in fact) short and petite. Next to me, some of the sporty girls at school looked like Amazons. I was not the obvious choice for any sport, so that, combined with my obvious dislike of any form of competition, meant the ritual of picking teams was also a humiliation I had to bear. On a good day, I wouldn’t be the last one picked, but only if there were some more miserable specimen of a girl than me in the lesson that day; a girl with only one arm or one eye, for example (so no, it wasn’t often that I got picked before someone else).

I developed different coping strategies for different sports. In hockey I would try to play wing or midfield positions and hope all the play took place down the centre line. In netball I would try and do the same, but additionally I would announce quite clearly to my team-mates not to play the ball to me as I would step out of the way if it came in my direction. This they were happy to oblige with, as they knew that passing the ball to me would result in losing possession anyway, as I would never get round the giant spotting me. In athletics I would just do as little as possible to get my turn out of the way and, with long jump in particular, try not to get too much sand in my pants in the process.

I would mention school sports days, but I am simply too traumatised to discuss it.

Following my school experiences, I went through most of my early adult life believing I disliked sport (aerobics, dancing and the cardio equipment in gyms exempted) because I was;

(a) Rubbish at it
(b) Not built for it – legs too short, too short in general
(c) Not in the least bit competitive

It turns out I was wrong. Completely wrong.

I am (quite) good at running, with a 5km personal best time of 24 minutes and 49 seconds currently and this time coming down week on week.

My legs are short, there is no getting round that, but they are in proportion to my body and they are strong.

I can only conclude that there was (is?) something fundamentally wrong with the way sport was (is?) introduced in schools. Sure, it worked for some kids, but I am positive I am not alone in my awful experience of school sports.

Thankfully for me, I have rediscovered a love of sport, running in particular, later in life… in spite of the best efforts of those nameless, forgotten PE teachers. 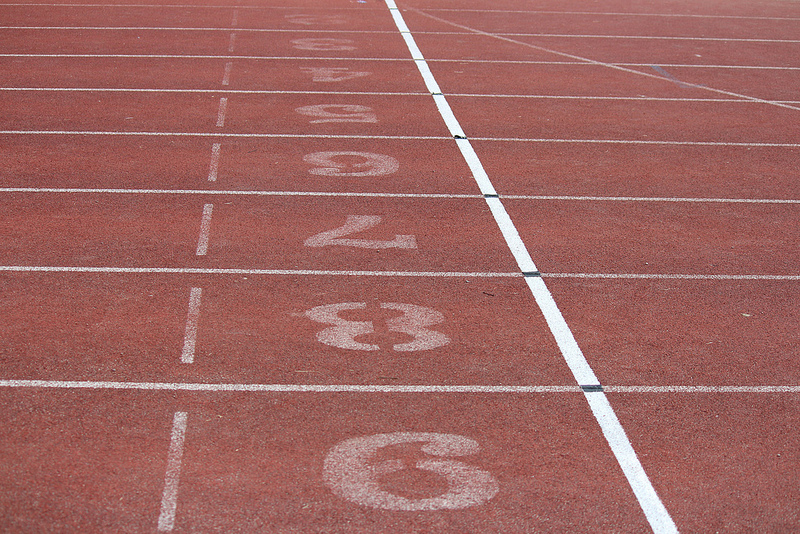