Blog: Running Through My Mind
Since I have got into running regularly, I have noticed something about runners: by and large they are the nicest people I have met.
Previous
Next

Runners are the Nicest People

09/11/2014
Since I have got into running regularly, I have noticed something about runners: by and large they are the nicest people I have met.

I found UKRunchat on Twitter not long after I started running regularly. This is a community of runners, who regularly talk about all things running related (cake, fartleks and poo seem to be a common theme, but I don't think we need to explore those topics further here) and provide an amazing amount of support to one another.

Any training questions, queries about injuries, moans about not being able to run for one reason or another, advice on hydration packs or kit, food and nutrition issues, etc are met with an immediate, and sometimes almost overwhelming, response from the fellow UKRunchat tweeters. Tweet a recipe, especially if it involves peanut butter, and just see how berserk your twitter feed goes!

I have been fortunate enough to meet a number of the UKRunchat tweeters in real life, at various running events or just socially, and they have all lived up to their twitter personas, being friendly and welcoming.

There is even a 50-strong team of us signed up for the Brighton Marathon 2015 together - I wasn't planning on signing up for this, but a mixture of peer pressure and the knowledge of all the support available from the team convinced me to do so (I was in denial for a while, but I have now accepted this is real and it is happening. Maybe.).

This support, camaraderie and general friendliness isn't just limited to the online community, however. I ran a 10km race in the spring and attempted the pre-race warm up exercise in the usual scrum at the start line. This involved a lot of jostling and some accidental elbowing/kneeing of fellow runners. Did any of them complain? No. Not one. In fact, one lady I elbowed apologised to me for getting in the way of what was undoubtedly an uncoordinated flailing of limbs on my part whilst I tried to keep up with the ridiculous warm up routine. Now, I spent a few of my teenage years in the North-East of England, in a town where just looking at someone the 'wrong way' can get you into trouble, so I am conditioned to expect at least a sour look, if not a punch on the nose for elbowing someone in the left boob (yes, it was a direct hit), not an apology from them for getting in the way!

Anyone who has ever been to a parkrun will tell you how friendly and welcoming the other runners are there. If you haven't been to a parkrun before; what are you waiting for? I highly recommend you get down there. I have been to exactly 41 parkruns at the time of writing this, having discovered my local one around Christmas 2013, and I must already know at least that number of people by name and am on friendly terms with many other, now familiar, faces. I have also picked up quite a few new Twitter and Facebook friends among them. The regular post-parkrun coffee at our local Toby Carvery is a great chance to discuss anything, from training to running technology, whilst waiting for the results to be processed.

I know a common complaint from fellow runners is 'those runners' who ignore you when you pass them running on the trails or local roads, passing without so much as a nod or smile in acknowledgement. This does seem to be a particular bone of contention. However, I think these runners are in the minority. I like to think they aren't as good at running as I am and therefore in too much discomfort to do anything other than concentrate on putting one foot in front of the other (it makes me feel better about their rudeness, anyway).

So, in short, I think runners are my new favourite group of people (sorry firemen, you may be able to save me from a burning building, but you are nonetheless now officially relegated to number two on that list).

Not that I am biased, of course. 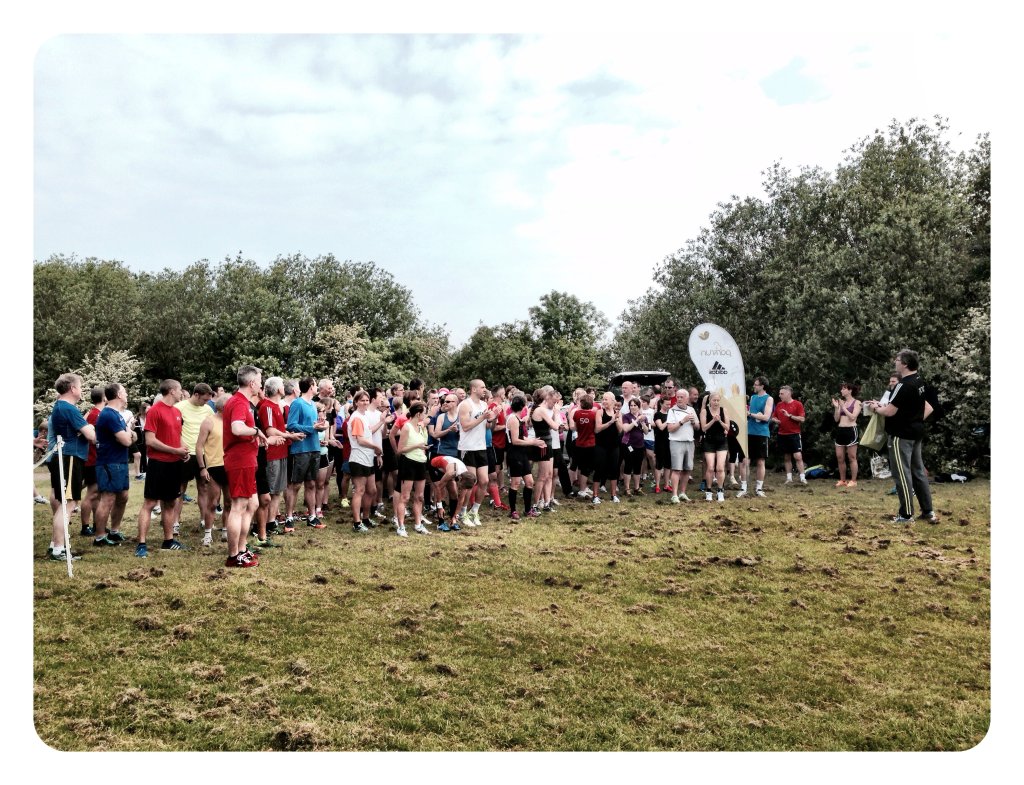