Blog: Running Through My Mind
There are only 48 days, 14 hours and 8 minutes to go until Brighton Marathon 2015 as I write this. Not that I am counting, of course.

Or panicking. I am definitely not panicking.
Previous
Next

Perhaps I am a little worried, but that’s normal. Right?

A few weeks ago, after months of denial, I finally came not only to terms with the fact that I have signed up and will be running Brighton Marathon in April 2015, but to the point where I am really excited about it.

Fast forward to two weeks later and yes, you guessed it, it all went wrong. Wrong with a capital ‘F’.

Whilst out on a nice, leisurely 20km Sunday run my ankles started to ache after 13km. By 14km they were really starting to bother me, but I pushed on regardless (not much choice when you are running an out and back trail route) and have never been so happy to see my car waiting faithfully for me at the end of the route.

“So what?”, you are probably thinking.
“Everything hurts when I run”, many of you may be thinking.

Well, this wasn’t the day it all went wrong, this was just the pre-cursor.

Being a sensible kind of person (no really, I am), Saturday came and, despite a couple of successful shorter runs during the week, I warmed up well then set off to do a 4km loop back to the house with the intention of leaving it there if there were any problems. There was nothing. No ankle tightness, no niggles, nothing at all. I felt great and off I went on the Cuckoo Trail (a local 14 mile long paved cycle and walking path through the countryside joining a few towns between Eastbourne and Heathfield).

Then, BAM!
At 10.5km, I put my left leg down and it gave way. Completely. A handy ‘You are here’ route map sign just within reach perhaps saved me the indignity of landing slap-bang on my arse (or worse still, my face).

My first thought was that I had fractured my leg – a stress fracture, I have heard of those.
“OhmygodIhaveastressfracture”.

A couple of deep breaths to calm down and a few exploratory steps proved to me that I probably hadn’t fractured my leg, but it certainly wasn’t good. Oddly, I found I was able to run. If I ignored the sensation that it was going to give way again at any moment, and the occasional shooting pain and numbness everyway from below the knee down, that is. It was walking that was the major problem. So I did what any runner would do …. I ran home. By the end I was virtually dragging the left leg along in a Quasimodo fashion, but I got there.

I mentioned that my first thought was absolute panic about a fracture. Want to know what my second and third thoughts were?

Well, the second thought was anger and disappointment (and, I’ll admit, almost-tears) at the thought of missing out on Brighton Marathon. The third thought was grief at the loss of being able to consume 1000’s of additional calories each week!

After I got over feeling sorry for myself (I had a long time to do this whilst dragging my almost useless left leg 9.5km home), I started on a plan of action, which started with a 20 minute cold bath (with tea and toast to hand and clad in a pyjama hoody with cat ears) as soon as I got home, progressed through a week of rest and double yoga sessions, to gentle running and cross training, a gait analysis (resulting in £120 of new running shoes for pronation), then a visit to a physio.

It turns out that because I am hyper-mobile (I already knew this), which means my tendons and ligaments have far more stretch in them than the average person (I knew this too), it would appear that what would have been a simple sprained ankle became something quite different. Rather than turning my ankle and the ligaments halting the movement, possibly resulting in a sprain, my ankle kept turning inwards and, because bones don’t bend, I threw the top of my fibula out instead (I did not know this could happen)! Ouch, no wonder it hurt.

Fortunately, the physio is happy I can continue running and I will see her again in a couple of weeks’ time. In the meantime, I need to stop stretching. Yes, you heard me correctly. STOP stretching. Apparently, it’s not normal for a runner to be able to touch their toes with ease from standing and I am far too bendy already to require further stretching. I need to work on stability instead.

So, I am into a new chapter of marathon training now. Running through the discomfort. Stabilising my joints. Training with a niggle. 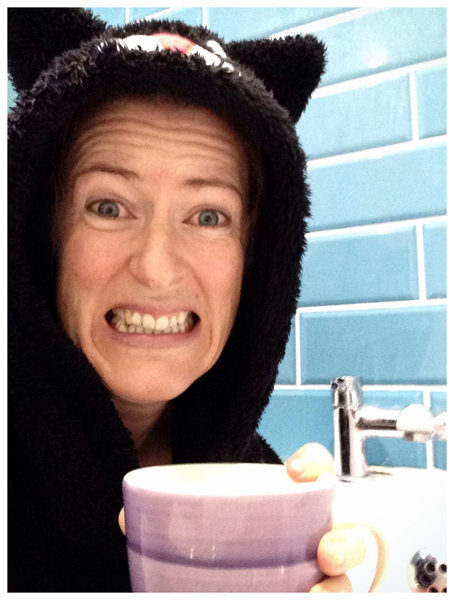